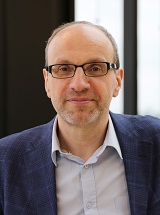 Stefan Dercon is Professor of Economic Policy at the Blavatnik School of Government and the Economics Department, and a Fellow of Jesus College. He is also Director of the Centre for the Study of African Economics.

Since 2011 he has been Chief Economist of the Department for International Development (DFID), the government department in charge with the UK’s aid policy and spending. While he returned to Oxford in 2015 to teach and conduct research, he continues with his role at DFID on a part-time basis.

Stefan is a development economist, applying economic analysis and statistics to understand the causes and consequences of poverty and the key economic development challenges of developing countries. He has worked extensively in Ethiopia and Tanzania, as well as in India, Peru, Vietnam, Kenya and other countries. One specific area of interest is the study of the consequences of climatic, health and other risks faced by poor populations, their impact on poverty and the quest for appropriate public policy responses. His book, “Dull Disasters: How Planning Ahead Will Make A Difference”, co-authored with Daniel Clarke, was published in 2016 by Oxford University Press.

He joined IZA as a Research Fellow in April 2012.

IZA Discussion Paper No. 13697
Aspirations, Poverty and Education: Evidence from India
Pieter Serneels, Stefan Dercon
IZA Discussion Paper No. 10255
Occupational Choice in Early Industrializing Societies: Experimental Evidence on the Income and Health Effects of Industrial and Entrepreneurial Work
Christopher J. Blattman, Stefan Dercon
Typ
We use Google Analytics in compliance with German Data Protection Law. The site gathers data for the sole purpose of improving its services. You're able to decline now or later. By using our services, you agree to our use of cookies. You'll find more information here.
Details
Akzeptieren
EN