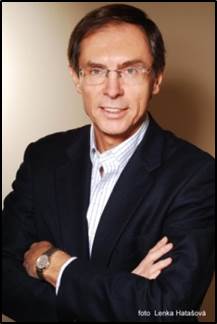 Jan Svejnar currently is a Professor at Columbia SIPA and Director at the Center on Global Economic Governance, Columbia University. His research focuses on the effects of government policies on firms, labor, and capital markets; corporate and national governance and performance; and entrepreneurship.

Professor Svejnar previously served as director of the International Policy Center at the Gerald R. Ford School of Public Policy at the University of Michigan. He is also a founder and Chairman of CERGE-EI in Prague (an American-style Ph.D. program in economics that educates economists for Central-East Europe and the Newly Independent States). He serves as the Chairman of the Supervisory Board of CSOB Bank and Co-Editor of the Economics of Transition. He is also a Fellow of the European Economic Association and Research Fellow of the Center for Economic Policy Research (London).

From 1996 to 2004, Professor Svejnar was the Executive Director of the William Davidson Institute at the University of Michigan Ross School of Business. From 1992 to 1997 he served as the Founding Director of the Economics Institute of the Academy of Sciences of the Czech Republic. He also served as Co-Director of the Transition Programme at the Center for Economic Policy Research in London, President of the Association for Comparative Economic Studies, President of the International Association for the Economics of Labor-Management, Associate Editor of the Journal of Economic Perspectives, Governing Board member of the European Economic Association, and advisor to numerous policy makers, institutions and firms.