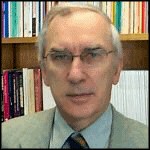 Peter J. Sloane is Emeritus Professor, Swansea University, where he was previously Director of the Welsh Economy Labour Market Evaluation and Research Centre (WELMERC) ,and Adjunct Professor, National Institute of Labour Studies, Flinders University, Adelaide, Australia.Prior to that he held the Jaffrey Chair of Political Economy in the Department of Economics, University of Aberdeen, where he was also Dean of the Faculty of Social Sciences & Law and Vice Principal. He has also lectured at the University of Nottingham, was Professor of Economics and Management, University of Paisley and was Economic Adviser, Unit for Manpower Studies, Department of Employment. He was visiting Commonwealth Fellow at McMaster University and visiting Professor at Indiana University. He has been a Council member of the Economic and Social Research Council, a member of the Secretary of State for Scotland´s Panel of Economic Consultants, and a member of the Economics Panel for the UK Research Assessment Exercises in 1989, 1992 and 1996. He has published widely on various aspects of labour economics including discrimination, low pay, patterns of working hours, job satisfaction and over-education. He was a founding member of the European Low Wage Employment Network (LOWER). He was also the first economist in Europe to publish on the economics of team sports and is an honorary Vice President of the International Association of Sports Economists. He is a Fellow of the Royal Society of Edinburgh.

Peter Sloane joined IZA as a Research Fellow in July 2001.