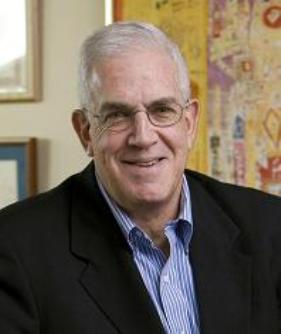 Ronald G. Ehrenberg is the Irving M. Ives Professor of Industrial and Labor Relations and Economics at Cornell University. He also is Director of the Cornell Higher Education Research Institute. From July 1, 1995 to June 30, 1998 he served as Cornell's Vice President for Academic Programs, Planning and Budgeting. He served as a Trustee of Cornell University from 2006 to 2010 and is currently a Trustee of the State University of New York (SUNY). Ron received a B.A. in mathematics from Harpur College (SUNY Binghamton) in 1966, a Ph.D. in economics from Northwestern University in 1970 an Honorary Doctor of Science from SUNY in 2008. and an Honorary Doctor of Human Letters from the Penn State University in 2011.

He has served on several editorial boards and as a consultant to numerous governmental agencies and commissions as well as university and private research institutions. He was President of the Society of Labor Economists (SOLE) and is an NBER research associate. He served on the National Research Council's Board of Higher Education and Workforce and its Policy and Global Affairs Division Advisory Committee, the NACUBO Endowment Advisory Panel, and the Academic Advisory Committee for the AAU's Assessing the Quality of University Education and Research Project.


In 2011, The Society of Labor Economists presented him with its Jacob Mincer Award for lifetime contributions to the field of labor economics. In 2013, the Association for the Study of Higher Education presented him with its Howard Bowen Distinguished Career Award
. In 2014 Cornell University honored him by creating the Ronald G. Ehrenberg Professorship in Labor Economics
He joined IZA as a Research Fellow in March 2002.