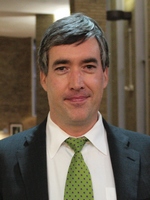 Mulligan has written widely on discrepancies between economic analysis and conventional wisdom. Before Side Effects, he wrote The Redistribution Recession and Parental Priorities and Economic Inequality. He has also written numerous opeds and blog entries for the New York Times, the Wall Street Journal, the New York Post, the Chicago Tribune, blogsupplyanddemand.com, and other blogs and periodicals.

He joined IZA as a Research Fellow in January 2015.