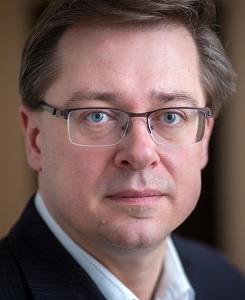 Doc. PhDr. Michal Vašečka, PhD. is sociologist by background. He focuses his interests on issues of ethnicity, race, and migration studies, as well as populism, extremism, social movements, and civil society.

Michal Vašečka is a founder and former director (2006-2012) of the Center for the Research of Ethnicity and Culture (CVEK). In 1998-2005 he worked at the Slovak think-tank Institute of Public Affairs (IVO) as a program director on expert analysis of the Slovak transformation process with a focus on national minorities and the state of civil society in Slovakia. He has been a consultant for the World Bank in 2000-2008 and in 2011-2012.

In 2018 Michal became a laureate of the Award for special contribution in the field human rights of Minister of Justice of Slovakia.

He joined IZA as a Research Fellow in June 2007.