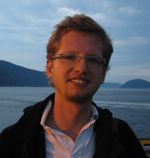 Markus Poschke is an Associate Professor of Economics and William Dawson Scholar at McGill University, Montreal. He received his PhD from the European University Institute (EUI), Florence.

His main research interests include the macroeconomics of labor markets, heterogeneity in macroeconomics, entrepreneurship, and firm dynamics. Currently, his research focusses on labor market frictions and their impact on wage and self-employment. He also studies wealth inequality, and optimal taxation when markets are incomplete. His work in these areas has been published in the leading journals in macroeconomics. In 2018, he received the Bank of Canada's Governor's Award.

He joined IZA as a Research Affiliate in August 2006 and became a Research Fellow in March 2009.