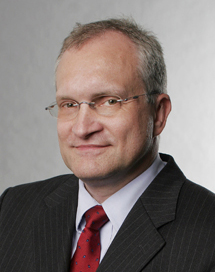 
Since 2002 he is president of the Rheinisch-Westfälisches Institut für Wirtschaftsforschung, Essen and professor at Ruhr-Universität Bochum. Since 2009 he is member of the German Council of Economic Experts. In 2011 he was appointed as amember of the Enquete-Commission “Wachstum, Wohlstand, Lebensqualität” (“Growth, Welfare, Quality of Live”) of the German Bundestag.

From 1995 to 2002 he taught econometrics and labor economics as a Full Professor at the University of Heidelberg. Schmidt was awarded a Princeton University Fellowship, 1987-1990, the Alfred P. Sloan Doctoral Dissertation Fellowship, 1990-1991, and was a fellow of the Deutsche Forschungsgemeinschaft (DFG) 1992-1995. Since 1992, he has been a Research Affiliate of the Centre for Economic Policy Research (CEPR), London, since 1996 a CEPR Research Fellow, and since 1998 he is also a Research Fellow at the Institute for the Study of Labor (IZA), Bonn.