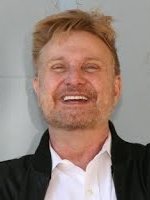 John C. Ham is Professor and Provost's Chair at the Department of Economics and Deputy Director of the Center for Population Research, National University of Singapore. He was previously Professor of Economics at the University of Maryland. He received his BA from the University of Toronto and his Ph. D. from Princeton University. Ham is currently a Research Associate at the Institute for Research on Poverty at the University of Wisconsin. He has held permanent faculty positions at Toronto, Pittsburgh, Ohio State, and USC, and has been a visitor at Northwestern, Penn, Princeton, and the New York Fed. He is currently an Associate editor at the Journal of Econometrics and at Labour Economics, and has served on the NSF Review Panel. His research is in the general area of applied microeconomics, and specifically in labor economics, public economics, health economics, and experimental economics. Currently he is studying eating disorders as addictive behavior with Michelle Goeree and Daniela Iorio, as well as the impact of State Enterprise Zones and Federal Empowerment Zones and Enterprise Communities on disadvantaged labor markets with Ayse Imrohoroglu and Charles Swenson. He is also studying movements of disadvantaged single mothers in and out of employment, and the movements of children across private health insurance, public health insurance and no health insurance, with Xianghong Li and Lara Shore-Sheppard. Finally, he is working on estimating intertemporal labor supply elasticities in an implicit contract model with Kevin Reilly. He has received several grants from the NSF and NIH, and has published a number of papers in the American Economic Review, Econometrica, the Journal of Political Economy and the Review of Economic Studies, as well as in other good journals.