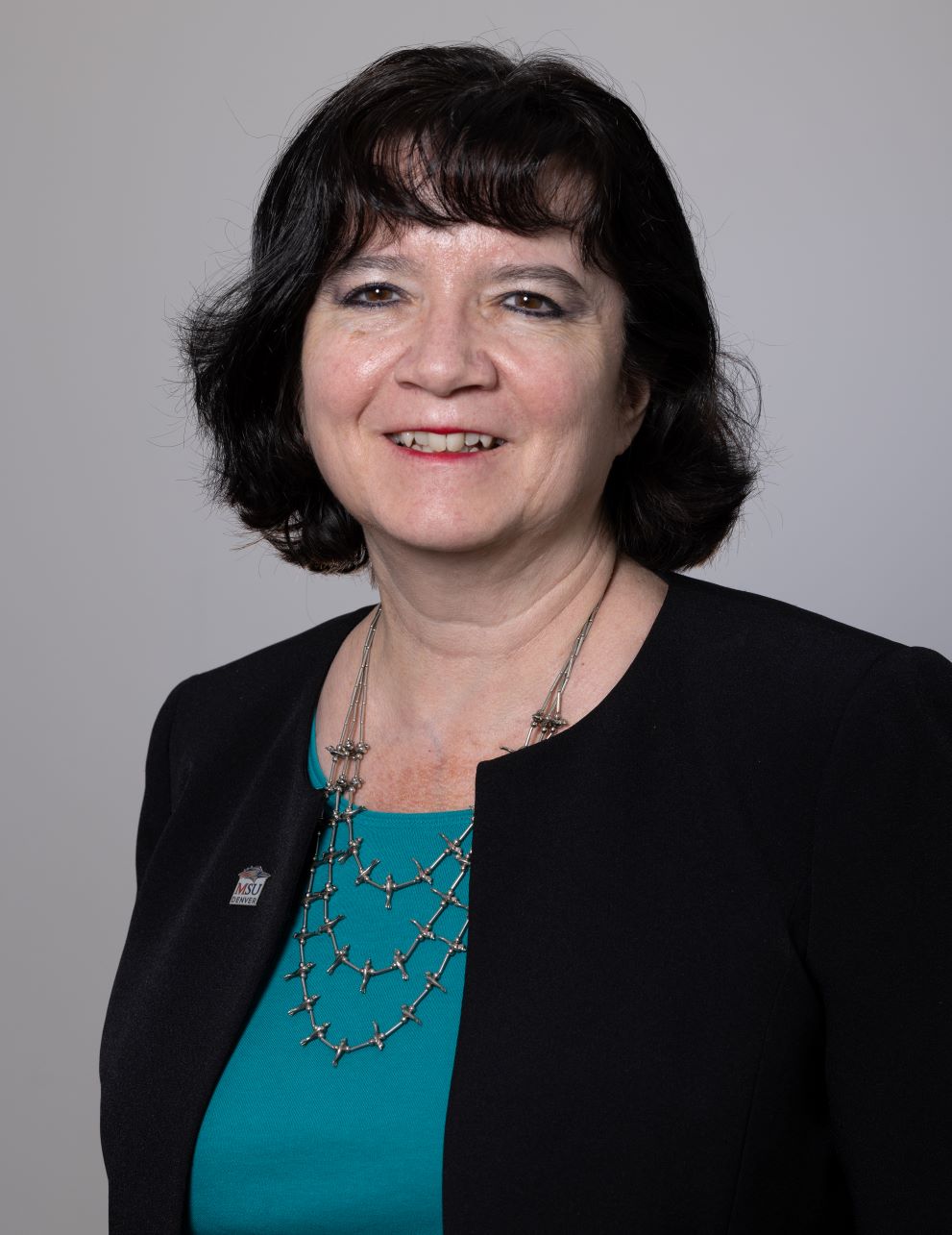 Marie T. Mora, Ph.D. is Associate Provost for Academic Affairs and Professor at the University of Missouri - St. Louis.

Professor Mora earned her Ph.D. in Economics from Texas A&M University, and B.A. and M.A. degrees (also in Economics) from the University of New Mexico (UNM) in her hometown of Albuquerque.

Professor Mora’s research interests are in labor economics, particularly in the areas of Hispanic/Latino labor-market and other socioeconomic outcomes (including self-employment and migration). She has published on these topics in refereed journals such as the American Economic Review P&P, Industrial Relations, Journal of Population Economics, Social Science Quarterly, International Migration Review, among others. Her books include Population, Migration, and Socioeconomic Outcomes of Island and Mainland Puerto Ricans: La Crisis Boricua (Lexington Books 2017), co-authored with Alberto Dávila & Havidán Rodríguez; the
award-winning Hispanic Entrepreneurs in the 2000s (Stanford University Press 2013), co-authored with A. Dávila;
and two co-edited/co-authored volumes (also with A. Dávila): The Economic Status of the Hispanic Population (Information Age Publishing 2013), and Labor Market Issues along the U.S.-Mexico Border (University of Arizona Press 2009).

Professor Mora has been invited to share her research expertise on Hispanic/Latino socioeconomic outcomes across the U.S., including with the White House Initiative for the Educational Excellence of Hispanics; the White House Council of Economic Advisers; the Board of Governors of the Federal Reserve System; the Federal Reserve Bank of Dallas; the U.S. Department of Labor; among other agencies and institutions.

In terms of professional service, Professor Mora is currently the Director of the American Economic Association's (AEA’s) NSF-funded Economics Mentoring Program, one of the main programs of the AEA’s Committee on the Status of Minority Groups in the Economics Profession (CSMGEP). She is a key leader in the National Science Foundation-funded ADVANCE Program at UTRGV. Moreover, she is serving on the Data Users Advisory Committee for the U.S. Bureau of Labor Statistics; the Editorial Board of Social Science Quarterly; and other boards/committees. Professor Mora was previously a Mentor in the Diversity Initiative for Tenure in Economics (DITE) Program (2008-2011); a board member of CSMGEP (2008-2013, a Committee which she chaired in 2011); and two-term President of the American Society of Hispanic Economists (October 2006-September 2010).