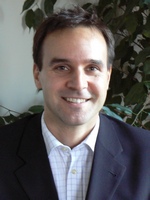 Professor Martin Ruhs is Chair in Migration Studies and Deputy Director of the Migration Policy Centre (MPC) at the European University Institute (EUI) in Florence. He is on leave from the University of Oxford. Martin’s research focuses on the economics and politics of international migration, with a strong international comparative dimension. His books include The Price of Rights. Regulating International Labour Migration (Princeton University Press 2013) and Who Needs Migrant Workers? Labour Shortages, Immigration and Public Policy (Oxford University Press 2010, co-edited with B. Anderson). He is currently working on a research monograph on “multinational corporations, migrant labour and the nation state”, and a collaborative research project (with Joakim Palme and colleagues at Uppsala University) on “national institutions and the politics of free movement in the European Union”, funded by Horizon2020.

Most of Martin’s work addresses key questions and dilemmas in public policy-making. Martin has provided policy analysis and advice for various national governments and international institutions. During 2009-12, he was the Director of Oxford University’s Migration Observatory. During 2007-14, Martin was a member of the UK’s Migration Advisory Committee (MAC), an independent body of five academic economists tasked to advise the UK government on labour immigration policy. Since 2017, he has been a member of Austria’s Migration Commission which advises the Austrian government on immigration policies. Martin has written for the New York Times, Financial Times, Guardian and Irish Times.

He joined IZA as a Research Fellow in October 2012.