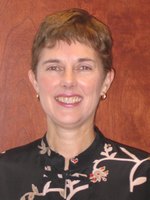 Kathryn H. Anderson is Professor of Economics at Vanderbilt University. She received her Ph.D. in economics with a minor in statistics from North Carolina State University in 1978 and was a postdoctoral fellow at the Economic Growth Center, Yale University, from 1979-1980. She joined the economics department at Vanderbilt in 1980. Her research interests include applied labor economics, health, education, and economic development. She has published evaluations of social security and pension policy, job training policy, Medicaid intervention for persons with HIV/AIDS, the impact of Head Start on health, and the economic transition in Central Asia. Her Central Asia work is focused on living standards, poverty, education and health, and migration; some of this research was published in 2003 in a book (with R. Pomfret) entitled Consequences of Creating a Market Economy: Evidence from Household Surveys in Central Asia. She is a Senior Research Fellow at the University of Central Asia, Institute for Public Policy and Administration, Bishkek, Kyrgyz Republic (2009 to present) and a Senior Research Fellow, CASE (Center for Social and Economic Research), Warsaw, Poland (2010 to the present).

She joined IZA as a Research Fellow in August 2011.

IZA Discussion Paper No. 6293
Remittances and Children's Capabilities: New Evidence from Kyrgyzstan, 2005-2008
Antje Kroeger, Kathryn H. Anderson
IZA World of Labor Article
Can immigrants ever earn as much as native workers?
Kathryn H. Anderson
Type
We use Google Analytics in compliance with German Data Protection Law. The site gathers data for the sole purpose of improving its services. You're able to decline now or later. By using our services, you agree to our use of cookies. You'll find more information here.
Details
Accept
DE