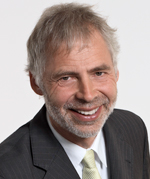 Lutz Bellmann studied economics at the University of Hannover, Germany, where he received his diploma in 1980. In 1985 he obtained his doctoral degree. From 1980 to 1988 he was research assistant at the Institute for Statistics and Econometrics, University of Hannover. From 1988 to 1997 he was research officer at the Institute for Employment Research, Nuremberg. Since then he has been head of both the IAB Establishment Project and the department for establishments and employment. Since 1993 he has also lectured at the Universities of Bamberg, Basel, Nuremberg, Passau, Speyer, Trier, Tübingen and Würzburg In June 2003 he completed his postdoctoral habilitation. Since 2009 he has a Chair of Labor Economics at the University of Erlangen-Nuremberg.

He joined IZA as a Research Fellow in January 1999.