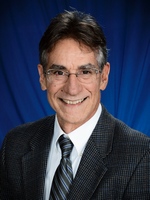 Joseph G. Altonji is currently the Thomas DeWitt Cuyler Professor of Economics at Yale. He previously held faculty positions at Columbia and Northwestern has served as a visiting professor at Princeton and Harvard. Altonji specializes in labor economics and applied econometrics. His interests include labor market fluctuations, labor supply, consumer behavior, the economics of education, economic links among family members, race and gender in the labor market, wage determination, and econometric methods. His current research focuses on changes in the quality of American workers, the role of families and schools in inequality, black–white differences in wealth, the earning of immigrants, school choice programs, the link between siblings in substance use, dynamic models of earnings and family income, and the use selection on observed variables to address selection on unobserved variables. Altonji has served as a consultant to the Federal Reserve Bank of Chicago and on a number of advisory panels, including the National Academy of Sciences-National Rsearch Council Committee on National Statistics, the National Academy of Sciences-National Rsearch Council Committee Panel on Measuring Discrimination, the Federal Economic Statistics Advisory Committee, and the President’s Council of Advisors on Science and Technology STEM Undergraduate Education Working Group. He is an elected fellow of the Econometric Society, the Society of Labor Economists, and the American Academy of Arts and Sciences. Altonji received BA and MA degrees from Yale in 1975 and a PhD from Princeton in 1981, all in economics.
He joined IZA as a Research Fellow in May 2001.