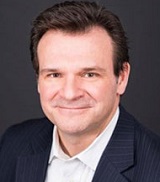 Harry Anthony Patrinos is Education Global Practice Manager for Europe and Central Asia at the World Bank.
Harry leads a team based Washington DC and in 24 European and Central Asian countries to provide strategic vision and direction, encourage and support innovation in both knowledge work and lending and manages staff to deliver results on the ground. He specializes in the economics of education, particularly the returns to schooling, school-based management, demand-side financing and public-private partnerships. He has managed education lending operations and analytical work programs in Argentina, Colombia, Mexico, the Philippines and Thailand.
He has studied and worked extensively on the socioeconomic status of Indigenous Peoples, and has co-authored two books on this subject: Indigenous Peoples, Poverty and Human Development in Latin America (Palgrave Macmillan, 2006) and Indigenous Peoples, Poverty, and Development (Cambridge, 2014). He has many publications in the academic and policy literature, with more than 50 journal articles published. He is co-author of the books: Making Schools Work: New evidence on accountability reforms (World Bank, 2011); The Role and Impact of Public-Private Partnerships in Education (World Bank, 2009); and Decentralized Decision-Making in Schools: The Theory and Evidence on School-Based Management (World Bank, 2009). His work appears - among other outlets - in the Journal of Development Economics, Economic Development and Cultural Change, Journal of Population Economics, Education Economics, Labour, and the Economics of Education Review.
Harry holds a BA from the University of Ottawa, an MA from Carleton University, and a Doctorate from the University of Sussex.
He joined IZA as a Research Fellow in April 2017.

IZA Discussion Paper No. 13726
Returns to Education in the Russian Federation: Some New Estimates
Ekaterina Melianova, Suhas Parandekar, Harry A. Patrinos, Artëm Volgin
IZA Discussion Paper No. 13641
Lost Wages: The COVID-19 Cost of School Closures
George Psacharopoulos, Victoria Collis, Harry A. Patrinos, Emiliana Vegas
IZA Discussion Paper No. 12238
Returns to Investment in Education: The Case of Turkey
Harry A. Patrinos, George Psacharopoulos, Aysit Tansel
substantially revised version published as 'Private and Social Returns to Investment in Education: The Case of Turkey with Alternative Methods' in: Applied Economics, 2021, 53 (14), 1638-1658.
IZA World of Labor Article
Estimating the return to schooling using the Mincer equation
Harry A. Patrinos
Type
We use Google Analytics in compliance with German Data Protection Law. The site gathers data for the sole purpose of improving its services. You're able to decline now or later. By using our services, you agree to our use of cookies. You'll find more information here.
Details
Accept
DE