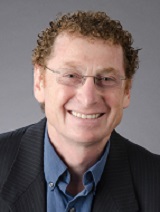 Eli Berman is a professor of economics at UC San Diego, Research Director for International Security Studies at the UC Institute on Conflict and Cooperation and co-directs the Economics of National Security group at the National Bureau of Economic Research. His latest publications include "The Empiricists' Insurgency," (with Aila Matanock in the Annual Review of Political Science, 2015), “Modest, Secure and Employed: Successful Development in Conflict Zones,” (with Joseph Felter, Jacob Shapiro and Erin Troland, in the American Economic Review P&P, 2013), “Can Hearts and Minds be Bought? The Economics of Counterinsurgency in Iraq” (with Shapiro and Felter, in the Journal of Political Economy, 2011). Recent grants supporting his research have come from the Department of Defense and the National Science Foundation. His book Radical, Religious and Violent: The New Economics of Terrorism was published in 2009 by the MIT Press. Berman received his PhD in economics from Harvard University.
He joined IZA as a Research Fellow in March 2016.