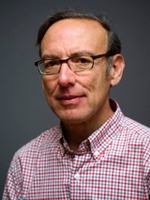 David E. Sahn is an International Professor of Economics in the Division of Nutritional Sciences and the Department of Economics at Cornell University. From 2011–2013, he was also a Professor, holding the Chaire d’Excellence at Centre d’Etudes et de Recherches sur le Développement International (CERDI), l’Université d’Auvergne, France. He has a PhD from the Massachusetts Institute of Technology and a Masters of Public Health from the University of Michigan. His main academic interest is in identifying the solutions to poverty, malnutrition, and disease in developing countries, as well as the determinants of human capital and the role of education and skills in labor market and other social outcomes. In addition to teaching and mentoring of graduate students, he devotes considerable efforts to training and capacity building of research institutions in Africa and working with government officials and international organizations to integrate research findings into policy. Before coming to Cornell in 1988, Professor Sahn was an Economist at the World Bank, and prior to that, a Research Fellow at the International Food Policy Research Institute. He has been a Visiting Scholar at the International Monetary Fund, a visiting Distinguished Professor at l'Université d'Auvergne, visiting researcher at both the Département et Laboratoire d'Economie Théorique et Appliquée, École Normale Superieure (DELTA) and Laboratoire d'Économie Appliquée de Paris, Institut National de la Recherche Agronomique in Paris, and a Visiting Professor at Kenyatta University in Nairobi. He has also worked extensively with numerous international organizations, such as the Hewlett Foundation, the African Development Bank, Organization for Economic Cooperation and Development (OECD), and several UN agencies such as UNICEF, the UN Development Program, the Food and Agricultural Organization, the United Nations University, and the World Health Organization. He has also worked as a consultant for various governments in Asia, Africa, and transition economies in Eastern Europe.