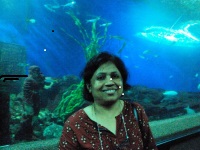 She is an applied economist working on issues pertaining to both economics and finance primarily in emerging economies. Her current and recent research includes work on fiscal decentralisation, local politics and local public infrastructure, role of social and religious norms in the provision of local infrastructure, public and private schooling in India and Nepal, Compulsory schooling law, overcrowding and youth crime, dual practice of health professionals, cash transfers, mortality and old age poverty, effects of corruption on foreign ownership, effects of networking on firm financing, role of disclosure and corporate governance on capital structure and firm performance.

Previously she was a Research Fellow at the Centre for Business Research at the University of Cambridge and Development Studies Institute, London School of Economics.

She regularly does consultancy work for various national and International organisations including the IFC and the World Bank.

She joined IZA as a Research Fellow in May 2007. Currently she is also an external research affiliate at the Centre for the Study of African Economies, University of Oxford.