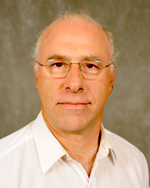 Harry J. Holzer is the LaFarge SJ Professor of Public Policy, McCourt School of Public Policy, Georgetown University. He has served as Associate Dean of Public Policy at Georgetown (2004-06) and was Interim Dean in the Fall of 2006. He is a former Chief Economist for the U.S. Department of Labor and a former Professor of Economics at Michigan State University. He received his A.B. from Harvard in 1978 and his Ph.D. in Economics from Harvard in 1983. He is a Senior Affiliate of the National Poverty Center at the University of Michigan and a Research Affiliate of the Institute for Research on Poverty at the University of Wisconsin-Madison. He is also a member of the editorial board at the Journal of Policy Analysis and Management.

Holzer's research has focused primarily on the labor market problems of low-wage workers and other disadvantaged groups. His books include The Black Youth Employment Crisis (coedited with Richard Freeman, University of Chicago Press, 1986); What Employers Want: Job Prospects for Less-Educated Workers (Russell Sage Foundation, 1996); Employers and Welfare Recipients: The Effects of Welfare Reform in the Workplace (with Michael Stoll, Public Policy Institute of California, 2001); The Economics of Affirmative Action (coedited with David Neumark), Edward Elgar, 2004; Moving Up or Moving On: Who Advances in the Low-Wage Labor Market (with Fredrik Andersson and Julia Lane), Russell Sage Foundation, 2005; Reconnecting Disadvantaged Young Men (With Peter Edelman and Paul Offner, Urban Institute Press, 2006); and Reshaping the American Workforce Policies for a Changing Economy (coedited with Demetra Nightingale), Urban Institute Press, 2007).

He joined IZA as a Research Fellow in February 2006. See his IZA publications below. More working papers and published articles available through RePEc; public testimonies and recent opinion pieces at Holzer's Brookings and Urban Institute pages.