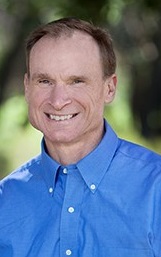 Paul Oyer is The Fred H. Merrill Professor of Economics at the Stanford Graduate School of Business. He is also a Research Associate with the National Bureau of Economics and the Editor-in-Chief of the Journal of Labor Economics.
Paul does research in the field of personnel economics. He has done several studies of how firms pay and provide incentives for their workers. He looked at how salespeople and executives react to incentive systems and why some firms use broad-based stock option programs. He has also done work on how firms have adjusted their human resource practices to increases in legal barriers to dismissing workers. Paul has recently studied how random events early in a person's career can have long-term ramifications. This work focuses on MBAs (especially investment bankers) and on PhD economists. Paul's current projects include papers focusing on how firms select and recruit workers, including new MBAs and lawyers.

Before moving to the GSB in 2000, Paul was on the faculty of the Kellogg School at Northwestern University. In his pre-academic life, he worked for the management consulting firm of Booz, Allen and Hamiliton, as well as for the high technology firms 3Com Corporation and ASK Computer Systems. He hold a BA in math and computer science from Middlebury College, an MBA from Yale University, and an MA and PhD in economics from Princeton University.

When not teaching or doing research, Paul tries to keep up with his two teenage children. He runs, swims, skis, plays a mean game of ping-pong, and keeps tabs on the Oakland A's.

Paul joined IZA a a Research Fellow in March 2016.

IZA Discussion Paper No. 11303
Dinner Table Human Capital and Entrepreneurship
Hans K. Hvide, Paul Oyer
IZA World of Labor Article
The gig economy
Paul Oyer
Type
We use Google Analytics in compliance with German Data Protection Law. The site gathers data for the sole purpose of improving its services. You're able to decline now or later. By using our services, you agree to our use of cookies. You'll find more information here.
Details
Accept
DE