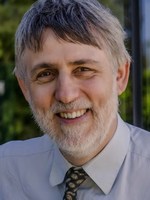 Marcel Fafchamps is a senior fellow at the Freeman Spogli Institute for International Studies (FSI) and a member of the Center on Democracy, Development and the Rule of Law. Fafchamps is a professor (by courtesy) for the Department of Economics at Stanford University. His research interest includes economic development, market institutions and social networks. His current research focuses on entrepreneurship, factor markets, and the efficiency of social networks in Africa and South Asia. Fafchamps also has ongoing research on political economy issues in Africa and Asia.

Prior to joining FSI, from 1999-2013, Fafchamps served as professor of development economics for the Department of Economics and Mansfield College at Oxford University. He also served as deputy director and then co-director of the Center for the Study of African Economies. He has authored two books, Market Institutions in Sub-Saharan Africa: Theory and Evidence, published by MIT Press in 2004 and Rural Poverty, Risk, and Development, published in 2003 by Elgar Press and has published numerous articles in academic journals.

Fafchamps serves as the editor-in-chief of Economic Development and Cultural Change. He is a senior fellow with the Bureau for Research and Economic Analysis of Development, a research fellow with Center for Economic and Policy Research, and an associate with University of California’s Center for Effective Global Action.