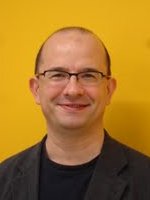 Nezih Guner (PhD University of Rochester) is a Professor of Economics at CEMFI. His research interests include labor economics, with a particular focus on economics of family, public finance, and misallocation and productivity. His work on family economics combines the quantitative tools of dynamic general equilibrium models to address a wide range of issues such as marriage, divorce, fertility, investment in children and the role of family-related public policies. His publications include articles in American Economic Review, Journal of Political Economy and Review of Economic Studies. He was awarded a Consolidator Grant by the European Research Council in 2010. He is currently a member of the Council of the European Economic Association. He previously held academic positions at the Universitat Autonoma de Barcelona, Barcelona GSE, where he served as the Deputy Director for Research between 2012-1015, Universidad Carlos III de Madrid, the Pennsylvania State University and Queen’s University. He is a research fellow of the Centre for Economic Policy Research (CEPR) and Institute for Study of Labor (IZA), and a member of the Human Capital and Economic Opportunity Global Working Group (HCEO) at the University of Chicago.

He joined IZA as a Research Fellow in January 2008.