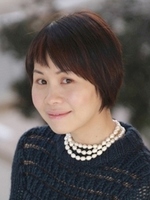 Yingying Dong is an assistant professor of Economics at the University of California Irvine. She received her Ph.D. in Economics from Boston College in 2009.

Her research is in applied econometrics and applied microeconomics, including labor, education and health. She is particularly interested in theoretical and empirical identification of causal relationships, including those based on parametric or semiparametric functional forms, exclusion restrictions resulting from structural modeling, and quasi-experimental methods such as regression discontinuity (RD) design. She has worked on topics such as early childhood education, household consumption in China, impacts of time inputs on consumption, retirement and wellbeing, health insurance, health behavior, and health care utilization.

She joined IZA as a Research Fellow in April 2012.