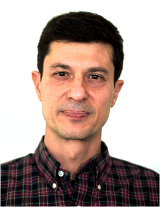 Kaivan Munshi is Frank Ramsey Professor of Economics at the University of Cambridge. His research career has been devoted to the analysis of communities and their interaction with economic activity. His recent work has examined the effect of community networks on education, health, and mobility, which are key determinants of growth and development.

Munshi's research has been published in the American Economic Review, Journal of Political Economy, Quarterly Journal of Economics, and the Review of Economic Studies. He is currently co-editor of the Journal of Development Economics.

Professor Munshi's long-term research program examines the multifaceted role played by informal community institutions in the development process. The first stage in this research was devoted to providing credible empirical evidence that social norms and community-based networks have large effects on individual decisions and outcomes in developing economies. The second stage studied how networks can support or restrict the mobility of their members, depending on the context, with important consequences for development. Much of this work is based in India, where the caste is a natural social unit around which networks serving different economic functions (such as providing jobs and credit for their members) can be organized.
Professor Munshi's current research expands this program in four directions. One project will expand the scope of caste networks from economic activity to community health. A second project will examine networks in a new context, tracing the evolution of African-American communities from Emancipation through the twentieth century. A third project will study the assimilation of South Asian immigrants in the United Kingdom over multiple generations. And a fourth project will explore the community origins of industrial entrepreneurship in India and China.

Kaivan Munshi joined IZA as a Research Fellow in December 2015.