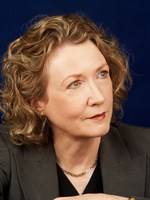 Alison Booth is Professor of Economics at the Australian National University, a Research Fellow of the Centre for Economic Policy Research (CEPR), London and the IZA Bonn, an ANU Public Policy Fellow and a Foundation Fellow of the European Association of Labour Economists (EALE). She was President of EALE from 2006-2008, and is a Fellow of the Academy of Social Sciences in Australia. She obtained her PhD from the London School of Economics.

Booth has published extensively in the fields of experimental economics and labour economics. Her most recent research includes experiments designed to investigate if culture or nature determines gender differences in observed behaviour. She has also worked in the following areas: modelling hours of market work in models with home and market production and endogenous wages; trade unions; temporary work and part-time employment; work-related training; employment protection; and academic labour markets. Her book, The Economics of the Trade Union, Cambridge University Press (reprinted 2002) was one of Princeton University Economics Book of the Year in 1996. She has received research grants from the Australian Research Council, the Leverhulme Trust, the Nuffield Foundation, and the Economic and Social Research Council.

Booth was Editor-in-chief of Labour Economics from 1999-2004, and was the 1999 Editor of The Economic Journal Conference Volume. She appears in the 2003 Who’s Who in Economics and served as Panel Member for the UK Research Assessment Exercise 2001, Economics and Econometrics, 1999-2001. She has served on the Council of the European Society of Population Economists (ESPE) and the Executive Committees of the European Association of Labour Economists and the Royal Economic Society. She is on the Board of Editors of The Economic Record, The ILR Review and Labour Economics. She has British and Australian nationality.

In her spare time Booth writes fiction and is the author of three novels (Stillwater Creek, The Indigo Sky, and A Distant Land), all published by Random House Australia. Stillwater Creek was also published by Presses de la Cite as Les Rivages du Souvenir. Her fourth novel, A Perfect Marriage, will be published in 2018.

Alison Booth joined IZA as a Research Fellow in September 1999.