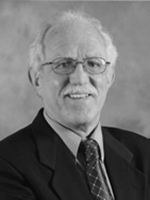 David Lam is Director of the Institute for Social Research, Professor of Economics, and Research Professor in the Population Studies Center at the University of Michigan. He is Honorary Professor of Economics at the University of Cape Town, South Africa. He earned an M.A. in Demography in 1982 and a Ph.D. in Economics in 1983 at the University of California, Berkeley. He was elected president of the Population Association of America and was elected to the Council of the International Union for the Scientific Study of Population. He is a Research Associate in the National Bureau for Economic Research (NBER) and a Fellow of the Bureau for Research and Economic Analysis of Development (BREAD).

Professor Lam has provided his expertise in a number of capacities, including as chair of the National Science Foundation Oversight Board of the IPUMS-International project, and as advisor or consultant for the World Bank, the United Nations Development Programme, the United Nations Population Division, the Inter-American Development Bank, the U.S. National Institutes of Health, and the South Africa Office of the Presidency.

Professor Lam’s research focuses on the economic demography of inequality, especially analysis of inequality in developing countries. He has worked extensively in Brazil and South Africa, where his research analyzes links between education, labor markets, and income inequality. He has been a Fulbright visiting researcher at the Institute for Applied Economic Research in Rio de Janeiro and at the School of Economics at the University of Cape Town. His collaborations with the University of Cape Town include the Cape Area Panel Study, a longitudinal survey of young people in Cape Town supported by the U.S. National Institutes of Health. His research has been published in leading economics and demography journals, including the American Economic Review, Journal of Political Economy, Journal of Development Economics, Demography, and Population and Development Review.

He joined IZA as a Research Fellow in November 2011 and served as Project Coordinator for the Gender, Growth and Labour Markets in Low Income Countries Programme (G²LM | LIC)from November 2011 until December 2020. He is co-editor of the IZA Journal of Labor and Development.

IZA Discussion Paper No. 11693
Is There a Male Breadwinner Norm? The Hazards of Inferring Preferences from Marriage Market Outcomes
Ariel J. Binder, David Lam
IZA World of Labor Article
Youth bulges and youth unemployment
David Lam
Type
We use Google Analytics in compliance with German Data Protection Law. The site gathers data for the sole purpose of improving its services. You're able to decline now or later. By using our services, you agree to our use of cookies. You'll find more information here.
Details
Accept
DE