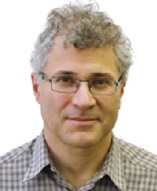 Jonathan Portes is Professor of Economics and Public Policy at King’s College London. He is also a Senior Fellow of the Economic and Social Research Council's "UK in a Changing Europe" initiative, based at King’s, which promotes high quality research into the complex and changing relationship between the UK and the European Union. His current research concentrates on issues related to immigration and labour mobility, both within the European Union and outside; and the economic implications of Brexit. Other research interests include labour markets, fiscal policy, social security and welfare, and the use of evaluation and evidence in public policy.

Jonathan started his career at HM Treasury in 1987, and spent most of his career as a civil servant, serving as Chief Economist at the Department for Work and Pensions from 2002 to 2008 and Chief Economist at the Cabinet Office from 2008 to 2011. He led the Cabinet Office’s economic analysis and economic policy work during the financial crisis and on the G20 London Summit in April 2009. In 2011 he became Director of the National Institute of Economic and Social Research.

Jonathan publishes articles on economic issues regularly in the UK and international press and comments frequently in the print and broadcast media. His recent book, “Capitalism”, is published by Quercus. He has testified on numerous occasions before Parliamentary committees, in particular the Treasury Committee and the Home Affairs Committee.

He is a member of the Council of the Royal Economic Society. He joined IZA as a Policy Fellow in 2009 and became an IZA Research Fellow in May 2017.