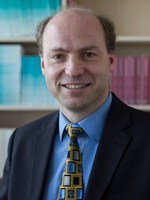 Matthias Sutter (born 1968) has been Director at the Max Planck Institute for Research on Collective Goods since August 2017. He is also part-time professor of experimental economics at the Universities of Cologne and Innsbruck. Previously he was working full-time at the European University Institute in Florence (2013-2014), at the University of Innsbruck (2006-2013), the University of Cologne (2005-2006, 2015-2017) and the Max Planck Institute of Economics Jena (2003-2005). He got his PhD in economics (1999) from the University of Innsbruck where he also finished his habilitation (2002). From July 2007 to June 2013 he was also Professor (part-time) at the University of Gothenburg. His research focuses on the experimental analysis of team decision making, credence goods markets and the development of economic decision making with age. He has published his work, among others, in Science, Econometrica, American Economic Review, Review of Economic Studies, Management Science, PNAS, Games and Economic Behavior, Economic Journal, or European Economic Review. He is currently Associate Editor of "Management Science", of "European Economic Review", of "Journal of the European Economic Association", and of "Economics Letters", and Editorial Board Member of "Experimental Economics" and of "Journal of the Economic Science Association". He was Associate Editor of "Journal of Economic Psychology" (2006-2010). His work earned him several prizes, among others the Hans Kelsen Prize of the University of Cologne (2017), the Exeter Prize for Research in Experimental Economics, Decision Theory and Behavioral Economics (2015), Science Prize of the State of Tyrol (2009), the Honorary Prize for Science of the State of Vorarlberg (2008) and the Oberbank Science Prize (2004). In 2014 he published a popular book ("Die Entdeckung der Geduld", also translated into Chinese and Turkish) about the importance of patience for health and economic success.

He joined IZA as a Research Fellow in July 2007.