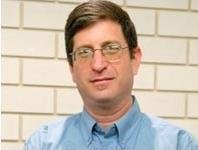 Avi Weiss received his Ph.D. in economics in 1987 from The University of Chicago for his dissertation on "Firm-Specific Physical Capital: An Empirical Analysis of Vertical Mergers," written under the guidance of Nobel Laureates Gary S. Becker (chairman) and George J. Stigler, and Professors Dennis W. Carlton and Charles Kahn.

Avi Weiss served as Chief Economist and Deputy General Director of the Israel Antitrust Authority (2003-2005), and as Chairman of the Economics Department at Bar-Ilan University, where he has been a staff member since 1988 and received tenure in 1995. In 1992 and 1993 he was a Visiting Professor at the Economics Department in the Social Science Faculty of New York University. He served as a member of the Israeli Anti-Dumping Commission during the period 1999-2003, and has served as a member of several important governmental committees in Israel. In addition, he has won numerous research grants and awards for academic achievements as well as for his teaching skills. In March 2000 he joined IZA as a Research Fellow.

Avi Weiss's research interests cover a large range of microeconomic issues, as witnessed by his publications. Currently, he is conducting research on issues concerning minorities, hostility and altruism, law and economics, industrial organization and experimental and behavioral economics.

IZA Discussion Paper No. 483
In-Group Cooperation in a Hostile Environment: An Economic Perspective on Some Aspects of Jewish Life in (Pre-Modern) Diaspora
Hillel Rapoport, Avi Weiss
published in: C. Chiswick, T. Lecker and N. Kahana (eds.): Jewish Society and Culture: An Economic Perspective, Ramat Gan: Bar-Ilan University Press, 2007, 103-28.
IZA Discussion Paper No. 302
A Theory of Immigration Amnesties
Gil S. Epstein, Avi Weiss
published as "The Why, When and How of Immigration Amnesties" in: Journal of Population Economics, 2011, 24 (1), 285-316
IZA Discussion Paper No. 284
The Optimal Size for a Minority
Hillel Rapoport, Avi Weiss
published in: Journal of Economic Behavior and Organization, 2003, 52 (1), 27-45
Type
We use Google Analytics in compliance with German Data Protection Law. The site gathers data for the sole purpose of improving its services. You're able to decline now or later. By using our services, you agree to our use of cookies. You'll find more information here.
Details
Accept
DE