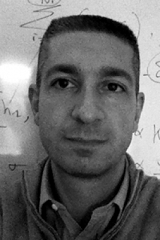 Gianluca Violante is a Professor of Economics at Princeton University.

He is a Research Associate of the NBER (EFG program), a Research Fellow of the CEPR (LE, MEF, and MG programs) and IZA, an International Fellow of the IFS, and an external research member of CEBI.

From January 2009 to July 2013, he was the Coordinating Editor of the Review of Economic Dynamics. He is currently one of the Co-Editors of Econometrica.

His AER article 'Monetary Policy According to HANK' (joint with Kaplan and Moll) won the Economics in Central Banking Award in 2019.

Since 2016, he is a Fellow of the Econometric Society.

Gianluca joined IZA as a Research Fellow in October 2015.