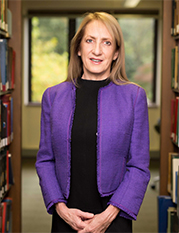 Joni Hersch is the Cornelius Vanderbilt Professor of Law and Economics at Vanderbilt University Law School, with secondary appointments in the Department of Economics and the Owen Graduate School of Management.

She is co-editor of Emerging Labor Market Institutions for the Twenty-First Century (University of Chicago, 2004) and in 2012 completed a two-year term as a Vice-President of the Southern Economic Association.

She is co-founder and co-director of the Ph.D. Program in Law and Economics at Vanderbilt University. Hersch received her Ph.D. in Economics from Northwestern University.

Joni Hersch joined IZA as a Research Fellow in April 2015. She was appointed editor of the IZA Journal of Labor Economics in July 2015.