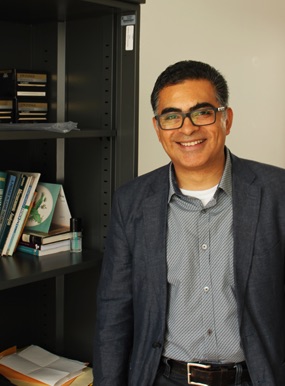 Alfonso Miranda is a Professor of Economics at the Center for Research and Teaching in Economics (CIDE), México; and director of the Program for Longitudinal Studies, Experiments and Surveys (PANEL). He holds a BSc degree in Economics at the National Autonomous University of México (UNAM) (Hons), and MSc and PhD degrees in Economics at the University of Warwick, UK. He is member of the National System of Researchers of Mexico level III (since January 2019), and member of the Mexican Academy of Sciences (since 2018). Alfonso is also a research fellow at the Institute for the study of Labor (IZA), Germany; research fellow at the Global Labor Organization (GLO); and research affiliate at the Health Econometrics and Data Group of the University of York, UK.

Alfonso research interests include the use and development of methods for the estimation of nonlinear econometric models for cross-section and panel data and its applications to demographic, education, health, and labour economics. Recently he has worked on topics relating longitudinal survey design and experimental economics; with emphasis in sampling and experimental design. In particular, in 2017 he launched, along a group of other researchers, the Aguascalientes Longitudinal Study of Child Development (EDNA); which is study of 1,000 children in 100 schools who are a representative sample of the cohort of children that started first grade of primary education in August 2016 at a public school of Aguascalientes, Mexico. EDNA intends to identify, and contribute to change, the problems that Mexican children face to achieve a healthy physical and mental development in their way to adult life.


He joined IZA as a Research Fellow in January 2007.