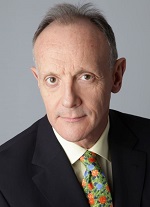 Andrew Oswald is Professor of Economics and Behavioural Science at Warwick University. He has held permanent and visiting posts at Oxford, the London School of Economics, Princeton, Dartmouth and Harvard. His doctorate, in 1980 from Oxford, was on the theory of trade union behaviour. He has also worked on wages, unemployment, entrepreneurship, job satisfaction, happiness, and mental health. Andrew’s current research lies at the borders between economics, psychology, epidemiology and medicine. He has received a number of awards for contributions to economics and social science, including Princeton University's Lester Prize for the book The Wage Curve published by MIT Press, and an ESRC Professorship in the U.K.