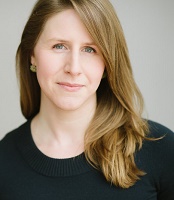 Jennifer Doleac is an Associate Professor of Economics at Texas A&M University, and Director of the Justice Tech Lab. She is also the host of the Probable Causation podcast.

Professor Doleac studies the economics of crime and discrimination, with a particular focus on how technology and surveillance affect public safety. Past and current work addresses topics such as DNA databases, gun violence, prisoner reentry, and the unintended consequences of “ban the box” policies.

Her research has been supported by several governmental and philanthropic organizations, and published in leading academic journals including the Review of Economics and Statistics, the American Economic Journal: Applied Economics, and the Economic Journal. Professor Doleac’s work has been highlighted in an array of media outlets, including the Washington Post, the Wall Street Journal, The Atlantic, The Guardian, and Time.

Professor Doleac holds a Ph.D. in Economics from Stanford University, and a B.A. in Mathematics and Economics from Williams College. She has spoken at Interpol and the White House, and her research on DNA databases was cited in the Supreme Court’s Maryland v. King case. She was an NBER/NSF Crime Research Fellow, and previously worked at the Brookings Institution and the Congressional Budget Office.

Jennifer Doleac joined IZA as a Research Fellow in December 2017.