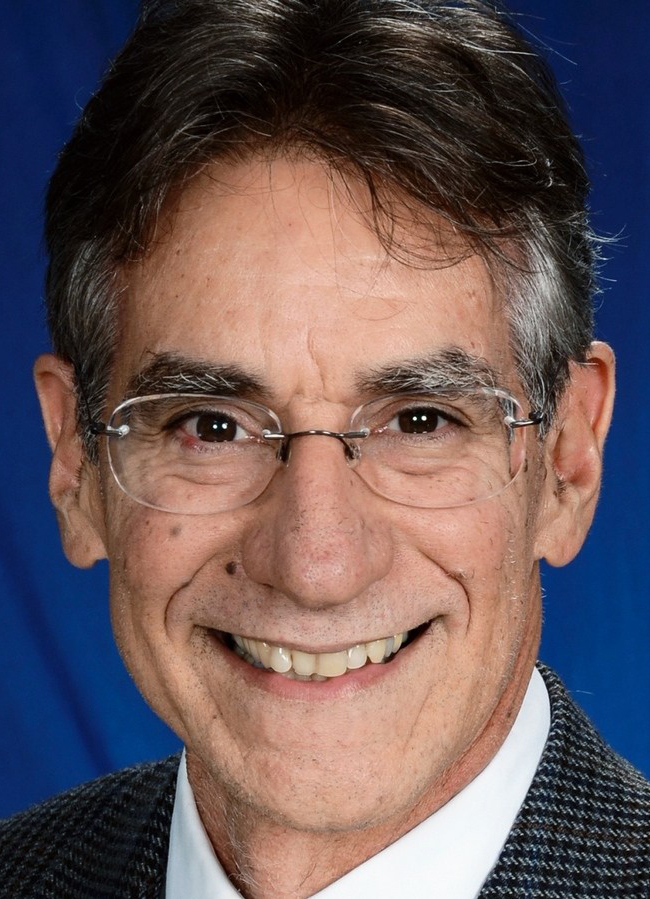 Joseph Altonji is the Thomas DeWitt Cuyler Professor of Economics at Yale University. He is a Fellow of the Econometric Society and Past President of the Society of Labor Economists. His interests include labor market fluctuations, labor supply, consumption behavior, the economics of education, economic links among family members, race and gender in the labor market, wage determination, and econometric methods.

Oriana Bandiera is the Sir Anthony Atkinson Professor of Economics and the Director of the Suntory and Toyota Centre for Economics and Related Disciplines (STICERD) at the London School of Economics, and a fellow of the British Academy, the Econometric Society, CEPR, BREAD and IZA.  She is director of the research programme in State Capabilities within the International Growth Centre (IGC), and of the research programme in Development Economics at CEPR. She is co-editor of Microeconomic Insights, the Journal of Labor Economics and Economica. Her research focuses on the ways in which incentives affect people’s behaviour, and how far these effects depend on social context or social relationships.

Francine D. Blau is Frances Perkins Professor of Industrial and Labor Relations and Professor of Economics at Cornell University. She has served as President of the Society of Labor Economists and the Labor and Employment Association, was Vice President of the American Economic Association (AEA), as well as President of the Midwest Economics Association. At the AEA she chaired the Committee on the Status of Women in the Economics Profession and was named a Distinguished Fellow. Her research focuses on gender issues, wage inequality, and international comparisons of labor market outcomes.

Richard Blundell is the Ricardo Professor of Political Economy at University College London and Research Director of the Institute for Fiscal Studies, where he is also Director of the ESRC Centre for the Microeconomic Analysis of Public Policy. He has researched on a variety of topics, including econometrics, microeconomics, consumer behavior, public economics and labor economics. Blundell has received numerous awards in the field, and he was knighted in the 2014 Queen's New Years Honours list for services to Economics and Social Science.

George J. Borjas is the Pforzheimer Professor of Public Policy at the John F. Kennedy School of Government at Harvard University. He is also a Research Associate at the National Bureau of Economic Research. Prior to moving to Harvard in 1995, he was a Professor of Economics at the University of California at San Diego. He was elected a fellow of the Econometric Society in 1998 and a fellow of the Society of Labor Economists in 2004. Professor Borjas is one of the leading researchers in the area of the economic impact of immigration and has contributed to the field with several books and articles.

Daniel S. Hamermesh is Distinguished Scholar at Barnard College, and Professor Emeritus, Royal Holloway University of London, and University of Texas at Austin. He is a Fellow of the Econometric Society and Past President of the Society of Labor Economists. His research concentrates on time use, labor demand, discrimination, social insurance programs (particularly unemployment insurance), and unusual applications of labor economics (to suicide, sleep and beauty). He has been IZA Network Director since March 2016, in which capacity he chairs the IZA Prize Committee.

George A. Akerlof is Professor of Economics at the University of California at Berkeley. His research borrows from sociology, psychology, anthropology and other fields to determine economic influences and outcomes. His interests include macroeconomics, poverty, family problems, crime, discrimination, monetary policy and German unification. He was co-winner of the 2001 Nobel Prize in Economics for his analysis of markets with asymmetric information. Akerlof served on the IZA Prize Committee until 2014.

Gary S. Becker was University Professor at the Department of Economics and Sociology, University of Chicago until his death in 2014. His research focused on habits and addictions, formation of preferences, human capital, and population growth. He won the Nobel Prize 1992 in Economics for having extended the domain of microeconomic analysis to a wide range of human behavior and interaction, including nonmarket behavior. He was a member of the IZA Prize Committee from 2002 to 2004.

Rebecca M. Blank is the current chancellor of the University of Wisconsin-Madison and former Acting United States Secretary of Commerce. Previously, Blank was the Robert S. Kerr Senior Fellow at the Brookings Institution and dean of the Gerald R. Ford School of Public Policy at the University of Michigan (UM). Blank has researched extensively the interactions of the macro economy, government social policy programs, and the behavior and well-being of low-income families.

Marco Caliendo is Professor of Empirical Economics at the University of Potsdam. He was Director of Research at IZA (2009-2011) and is now Program Director for Evaluation. After receiving his Ph.D. from Goethe University Frankfurt in 2005, he spent two years at the German Institute for Economic Research (DIW Berlin). His current research interests include the evaluation of labor market programs, self-employment/entrepreneurship, the influence of personality traits on economic outcomes, and applied microeconometrics.

David Card is the Class of 1950 Professor of Economics at the University of California in Berkeley and Director of the Labor Studies Program at the National Bureau of Economic Research. He taught at Princeton University from 1983 to 1996 and received the American Economic Association's John Bates Clark Prize in 1995. Card was co-editor of Econometrica (1991-1995) and the American Economic Review (2002-2005). His research interests include immigration, wages, education, and health insurance.

Corrado Giulietti is Assistant Professor at the University of Southamtpon. He was IZA Director of Research from March 2013 until January 2016. He obtained his Ph.D. at the University of Southampton in January 2010. His research interests are labor economics and applied econometrics, with a focus on the determinants of migration, the labor market and welfare effects of migration, the assimilation of immigrants, and the estimation of migration flows.

Goldin is the Henry Lee Professor of Economics at Harvard University and director of the NBER's Development of the American Economy program. Goldin is an economic historian and a labor economist. Her research has covered a wide array of topics, such as slavery, emancipation, the post-bellum south, women in the economy, the economic impact of war, immigration, New Deal policies, inequality, technological change, and education.

James J. Heckman is the Henry Schultz Distinguished Service Professor of Economics at the University of Chicago. His recent research dealt with such issues as evaluation of social programs, econometric models of discrete choice and longitudinal data, the economics of the labor market, and alternative models of the distribution of income. He was co-winner of the 2000 Nobel Prize in Economics for his development of theory and methods for analyzing selective samples. He was a member of the IZA Prize Committee in 2002 and 2003. 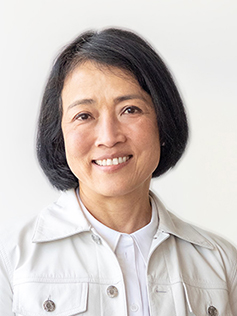 Chinhui Juhn received her B.A. from Yale University in 1984, and her Ph.D. from the University of Chicago in 1991. She is currently is Henry Graham Professor of Economics at the University of Houston, and NBER Research Associate. Her research has focused on U.S. wage inequality and its causes and the impact of changing wage structure on other labor market outcomes, such as employment and unemployment, and the racial wage gap. Her current work examines issues in earnings instability, family labor supply, impact of trade reforms on wage inequality and gender gap in developing countries, and the effect of disease and mortality on fertility decisions in Africa.

Shelly Lundberg holds the Leonard Broom Endowed Chair in Demography at the University of California in Santa Barbara and is Associate Director of the Broom Center for Demography. She is also Adjunct Professor of Economics at the University of Bergen in Norway. She is past President and Fellow of the Society of Labor Economists, and has served on the Board of Directors of the Population Association of America. Her research focuses on labor economics, the economics of family behavior, and the determinants of inequality.

Gerard A. Pfann is Professor of Econometrics and Management Science at Maastricht University and served as IZA Research Director until July 2003. He is also Founder and Director of the Business Investment Research Center (BIRC) at Maastricht University. His research interests are empirical econometrics applied to labor economics, investment decision making, human resource management, and industrial organization. He was a member of the IZA Prize Committee in 2002 and 2003.

Richard Portes is Professor of Economics at the London Business School. He is Founder and President of the Centre for Economic Policy Research (CEPR), Directeur d'Etudes at the Ecole des Hautes Etudes en Sciences Sociales, Secretary-General of the Royal Economic Society and Senior Editor and Co-Chairman of the Board of Economic Policy. His research interests include international macroeconomics, international finance and European integration.

Nina Smith is professor in Economics at School of Economics and Management, Aarhus University. Her primary research interest is labor economics, migration and education economics. She has been chairman of the board of the Danish Independent Research Councils, chairman of the Danish Economic Council, member of the Danish Social Science Research Council, and served on a number of boards of national research institutes and private firms. She has also been a member of several government commissions and councils.

Dennis J. Snower is President of the Kiel Institute for the World Economy. In April 1998, he joined IZA as a research fellow and acted as IZA Program Director for the "Welfare State and Labor Market" until 2004. Since 1993 he is a Fellow of the Royal Society of Arts. His current research interests include issues in labor economics such as wage bargaining, the natural rate of unemployment, employment policies, and the economics of imperfect information. He served on the IZA Prize Committee in 2008.

Joseph E. Stiglitz is University Professor at Columbia University, New York. He was a member of the Council of Economic Advisors from 1993-95 and served as CEA chairman from 1995-97. He then became Chief Economist and Senior Vice President of the World Bank from 1997-2000. In 2001, he was awarded the Nobel Prize in economics. Stiglitz helped create a new branch of economics, "The Economics of Information" and has made major contributions to macroeconomics and monetary theory, to development economics and trade theory, to public and corporate finance, to the theories of industrial organization and rural organization, and to the theories of welfare economics and of income and wealth distribution. He served on the IZA Prize Committee from 2005 until 2007.

Jan Svejnar is the Everett E. Berg Professor of Business Administration, Director of the International Policy Center and Professor of Economics and Public Policy at the University of Michigan. He also chairs the Executive and Supervisory Committee of CERGE-EI in Prague. In 2008 he was a candidate for the Presidency of the Czech Republic. His areas of interest include economic development and transition, labor economics, and behavior of the firm. He served on the IZA Prize Committee from 2008 until 2013.