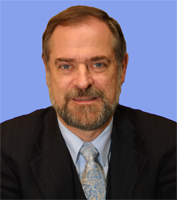 Klaus F. Zimmermann acted as IZA’s Founding Director from April 1998 until February 2016. Under his leadership the institute established itself among the world’s leading research institutions and think tanks in the field of labor economics. IZA’s distinguished profile with its influential global research network, state-of-the-art labor market research, and evidence-based policy advice goes back to his initiative and commitment. He left IZA in 2016 and founded the Centre for Population, Development and Labour Economics (POP) at UNU-MERIT, Maastricht University. He has been Full Professor of Economics at the University of Bonn (since 1998, currently on leave) and serves as Honorary Professor of Economics at the Free University of Berlin and the Renmin University of China as well as Member of the German Academy of Sciences Leopoldina and the Academia Europaea. An author of more than 50 books and numerous contributions to the field’s leading journals, Klaus F. Zimmermann also acts as Editor-in-Chief of the Journal of Population Economics.