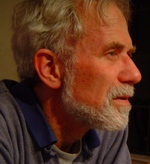 His research field is comparative politics, where he has conducted field research on the relationship of culture to political behavior – more specifically, how cultural similarity and/or difference mobilizes people into political action - in Somalia, Nigeria, Catalonia, and Estonia. In the past decade, he has studied the micro-foundations of insurgency and terrorism. He is now working on a project focusing on Muslim migration into Europe and processes leading to (or preventing) their social and economic integration.

He joined IZA as a Research Fellow in February 2009.