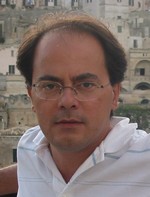 In 2013, Francesco Pastore qualified as Full Professor of Economic Policy (national habilitation system) and as Associate Professor of Political Economy and Economic Statistics. Currently, he is Associate Professor of Economics at Università of Campania "Luigi Vanvitelli" (formerly Seconda Università di Napoli). He is also the country lead for Italy of the GLO and a member of the executive board of the European Association of Comparative Economic Studies (EACES) and of the Italian sister (AISSEC).

He is an Associate Editor of the Journal of Population Economics and of the International Journal of Manpower, among other journals. Since June 2019, he has served as the Editorial manager of the IZA Journal of Development and Migration.

He was the secretary of the Italian Association of Labor Economics (AIEL) from 2010 to 2016.

He has acted as a consultant for several such organizations as, among others, European Commission, European Parliament, Friedrich Ebert Stiftung, ILO, UNDP, UNESCO and World Bank. He was awarded research grants by EU-TSER, CERGE-EI and EERC.

His main research interests are in labor and education economics. He is also interested in development and transition economics. He has contributed extensively in several such fields as regional unemployment differentials, school-to-work transitions, labor market dynamics, gender discrimination, human capital investment, employment services and evaluation of passive as well as active labor market policy, labor market consequences of international trade and the economics of nonprofit organizations.

In 2015, he has published a SpringerBrief book on: "The Youth Experience Gap. Explaining National Differences in the School-to-Work Transition".

He has co-edited five special issues of the International Journal of Manpower and two books for Physica Verlag.

He has written over 100 columns in major magazines and newspapers. He holds regularly a blog on one of the major Italian newspapers (Il Fatto Quotidiano):
https://www.ilfattoquotidiano.it/blog/fpastore/